3 Tips For Donating Your Car To Charity

If you have a car that you're no longer using and you're looking for a good way to get rid of it, you may want to consider donating your car to charity. While you won't get an immediate monetary benefit the way that you would if you sold the car, you will be able to claim the donation when you file your taxes. Plus, you'll get the benefit of knowing that you did something helpful for a worthy cause. Take a look at some important tips to consider when you're donating a car to charity.

Deliver the Car Yourself

Unless the car no longer runs and you have no way to transport it, try to deliver the car to the charity yourself, instead of having them pick it up from you. It costs money to send a tow truck or driver to your home to pick the car up from you, and that's money that could be better put to use performing the actual work of the charity. Delivering the car yourself allows the charity to get the full benefit of your donation.

Don't skip steps when it comes to transferring the car's title. Make sure that you re-title the vehicle in the name of the charity that you're donating to, and then report the donation to the state department of motor vehicles, just as you would if you were selling the car.

If you don't take these steps, then as far as the state knows, the car belongs to you. If the charity doesn't get a title in their name, or if whoever buys the car from the charity doesn't retitle the car, you could end up on the hook for things that the new driver does. For example, if the driver gets into an accident or racks up parking tickets while driving the car, you could be held legally responsible for the damages or fines.

Know How Your Car Will Be Used

A charity can use a donated car in one of two ways. Either they can use it in their own operations – for example, a church may use a donated car to pick up members who can't drive themselves around anymore – or they can sell the car and put the money toward their operations. It may not matter to you how the charity uses the car you donate, but if you want to claim the donation on your taxes, you need to know how it will be used.

If the charity you're using decides to sell the car, then you need to make sure to ask them for a receipt of the sale once it's completed. When you claim it on your taxes, the amount that the charity sold the car for is the value you have to assign to it. Alternatively, if the charity is going to keep the car and use it in their day-to-day operations, you can claim the fair market value of the car. In that case, you need a written statement from the charity explaining that they're keeping and using your donated car.

When it comes to car donations, it's important to get these details right. That will ensure that both you and your charity of choice get the most out of your car donation. 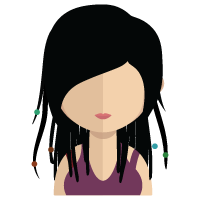 A few years ago, I was just kind of coasting along in life. Nothing seemed to be going terribly wrong, but nothing was really exciting me, either. I had a pretty good (although, boring) job, a great spouse and a few good friends. But I would come home bored at the end of the night and just watch TV. It wasn't until I talked to my mom, and she lovingly suggested that I might be in a rut, that I decided to spice up my life. I considered quitting my job and moving to Costa Rica, but I started small. I read self help books. I started exercising more. I volunteered and made new friends. I improved my life! And you can, too. Read more about it on my blog.